Between the honks, screeching brakes, and sea of headlights, anyone walking around Los Angeles can tell its streets are dominated by car travel. Some residents may not even realize there is an alternative. Ever since the automobile boom in the 1950’s, LA’s infrastructure has been increasingly designed for cars, limiting the ability of pedestrians to navigate their own city. To make matters worse, according to the City of Los Angeles complete Streets Design Guide, “[w]hen streets are continually widened to accommodate more vehicular volume, they create an induced demand for car travel that only encourages future traffic congestion.”

One way cities have responded to the saturation of cars is by temporarily closing their streets to vehicles while opening them to pedestrians. This is commonly known as an open street project, a term popularized by an organization of the same name. Aside from reducing traffic, open streets create many other benefits for city residents. First, public health improves because open street events allow residents to walk, bike, and participate in other physical activities where they otherwise couldn’t. Additionally, air quality can improve even from the temporary reduction in cars on the closed road. Cities like Paris and Beijing have seen an improvement in air quality after their “Odd-Even” car ban which only allows people with odd or even numbered license plates to drive on certain days. In these cities, public transit and bike ridership also increased as a result.

Street closures can also be a useful tool to highlight local amenities and businesses. The Open Streets Project suggests working with local businesses when planning and promoting an event because increased foot and bike traffic can enable them to reach more customers. In Los Angeles, businesses involved in an open street program saw a 57% increase in sales.

Lastly, open street events promote social wellbeing by utilizing public spaces for human connection rather than bumper to bumper traffic which keeps people in close proximity but without the ability to communicate.

Below are 3 examples of open street events in LA that support public health, local businesses, and social cohesion. 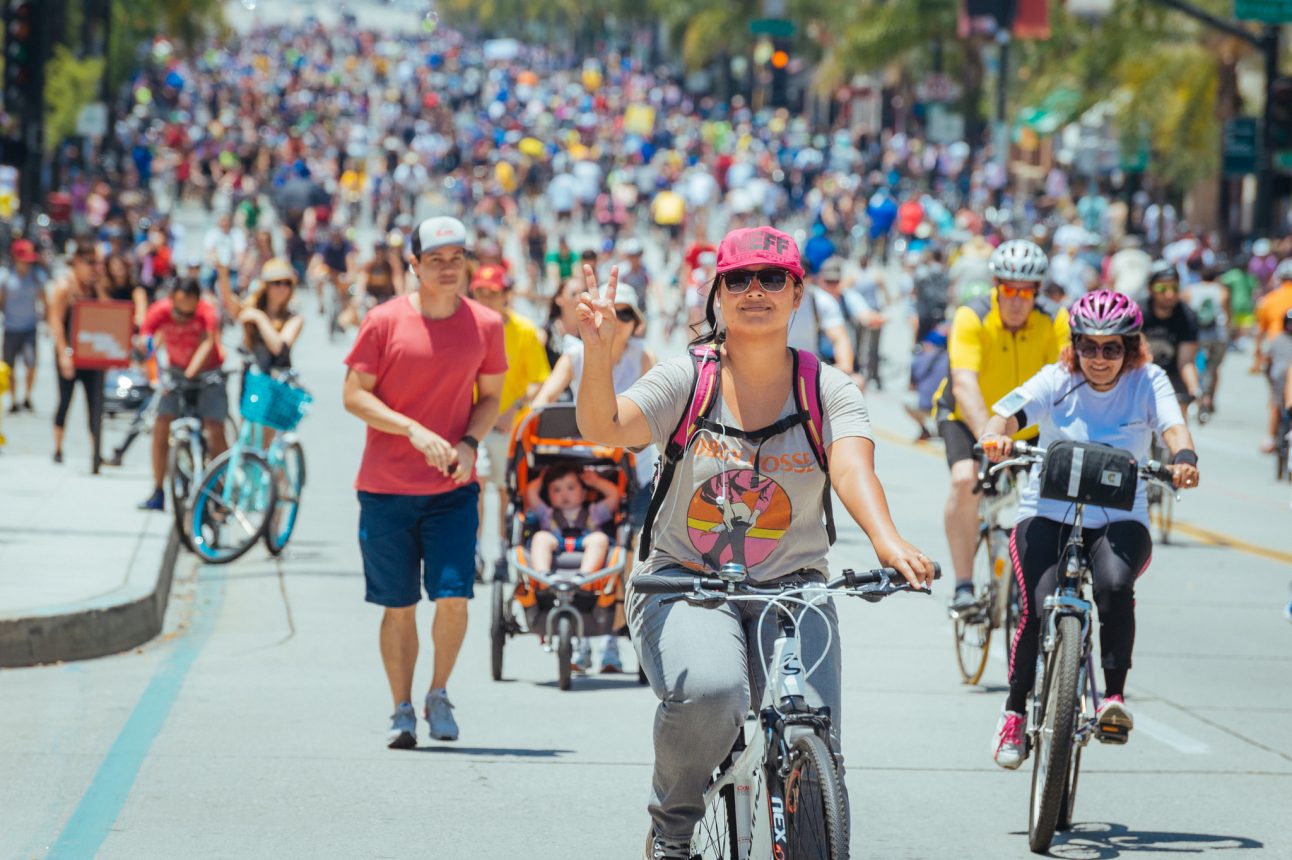 CicLAvia was inspired by a similar event that occurs in Bogota, Colombia called Ciclovia, which occurs every week. Over a million people have attended CicLAvia events over the years, making it the biggest open street festival in the country. As a result of its success, CicLAvia has helped reduce ultrafine particles concentration in the air by 20 percent along closed streets. CicLAvia also received increased funding from the city in order to promote the Eric Garcetti’s Vision Zero policy. The plan was adopted in 2015 as a response to LA having the highest rate of traffic pedestrian fatalities of any major U.S. city. However, traffic deaths still increased the following year so more must be done. CicLAvia has had 3 events thus far in 2018 with a final one coming up on December 2 from 9 AM to 3 PM in the Heart of LA. 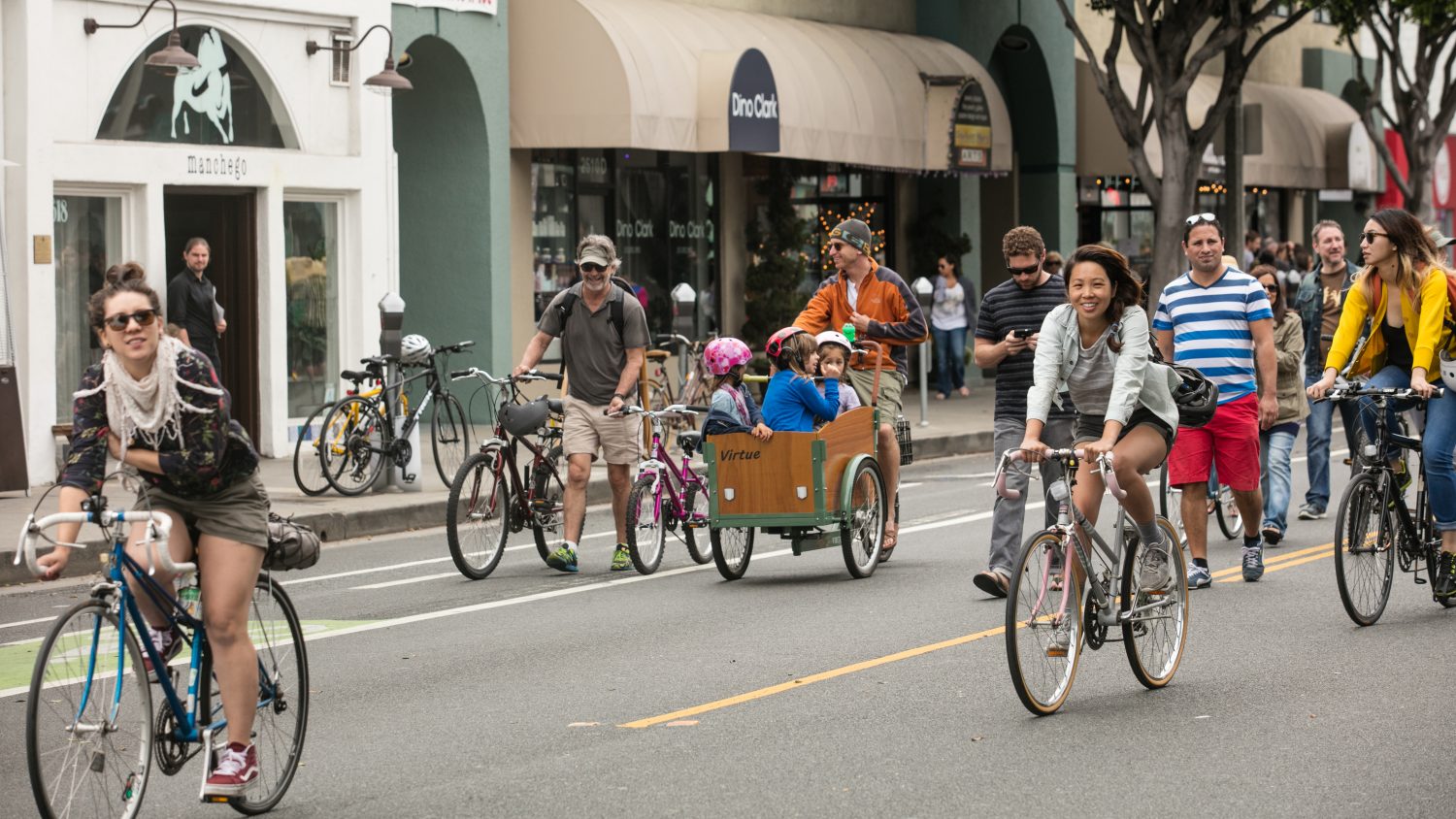 COAST is Santa Monica’s annual open street event highlighting the city’s sustainability goals while providing a platform for art and community engagement. COAST is set up on a closed two mile stretch of Ocean Boulevard and Main Street. The Santa Monica Public Works division, including Resource Recovery & Recycling and Water Management, set up booths to educate residents walking or biking by about sustainable practices. COAST receives a lot of support from local businesses, as well, who hold promotions motivating people to buy locally. 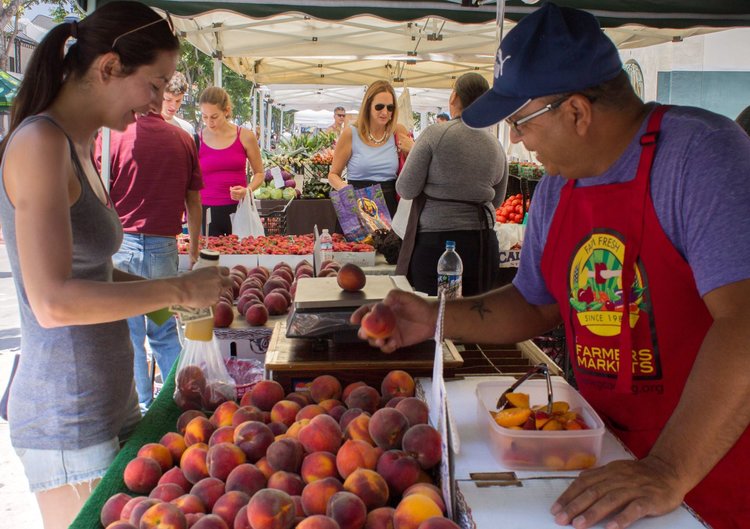 The Westwood Farmer’s Market occurs every Thursday on a closed portion of Broxton Avenue in between Weyburn and Kinross avenues. In 2017, Farmer Mark and his organization joined with the Westwood Village Improvement Association to expand vendor participation. Their main goal has been to make the event equally accommodating for customers and the famers who bring their food to sell. The Westwood Farmer’s market also provides an activity for families in the area, as well as an opportunity for UCLA students to connect with their community. Food on campus can be expensive, so a farmer’s market provides great incentive to save money while meeting new people and learning about other happenings in Westwood.

Teddy Tollin is a fourth year Geography major and Geographical Information Systems minor at UCLA. Besides working at his position as the BEWell blogger, Teddy is a member of the Transfer Student video team, Co-Chair of the Built Environment Public Health Coalition, and is passionate about Urban Planning.

How to get involved in creating healthier neighborhoods