You are here: Semel HCI Center1 / BEWell2 / About

Have a question, concern, or an idea? We would like to hear about it! 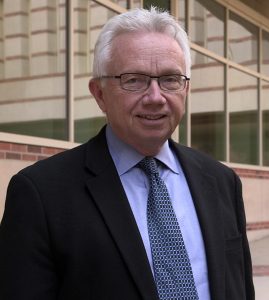 Richard Jackson is a Professor Emeritus at the Fielding School of Public Health at the University of California, Los Angeles. A pediatrician, he has served in many leadership positions in both environmental health and infectious disease with the California Health Department, including the highest as the State Health Officer. For nine years he was Director of the CDC’s National Center for Environmental Health in Atlanta and received the Presidential Distinguished Service award. In October, 2011 he was elected to the Institute of Medicine of the National Academy of Sciences.

While in California he was instrumental in conceptualizing laws to reduce risks from pesticides, especially to farm workers and to children. While at CDC he was a national and international leader, including leading the federal effort to “biomonitor” chemical levels in the US population. He has received the Breast Cancer Fund’s Hero Award, as well as Lifetime Achievement Awards from the Public Health Law Association, and the New Partners for Smart Growth. In October, 2012 he received the John Heinz Award for Leadership in the Environment.

Dick Jackson co-authored two Island Press Books: Urban Sprawl and Public Health in 2004 and Making Healthy Places in 2011. He is host of a 2012 public television series Designing Healthy Communities which links to the J Wiley & Sons book by the same name. He has served on many environmental and health boards, as well as the Board of Directors of the American Institute of Architects. He is an elected honorary member of both the American Institute of Architects and the American Society of Landscape Architects. 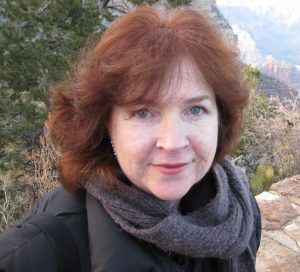 Renée Fortier (B.A. Rice University; M.A./M.S./P.H. UCLA), Executive Director UCLA Events & Transportation, oversees a comprehensive transportation program and the campus Events Office, and is co-chair of the Built Environment (BE Well) pod of the UCLA Healthy Campus Initiative. With a daily population of 80,000, UCLA reduces traffic, and improves air quality and quality of life for the UCLA campus and the community at large with an extensive program which through a combination of infrastructure improvements to promote active transportation and policies and programs that encourage sustainable modes has increased active transportation, public transit, and ridesharing to achieve more than half of employees and 75% of commuting students utilizing sustainable, healthy modes. UCLA’s transportation programs have garnered awards from the Air Quality Management District, Association for Commuter Transportation and L.A. Metro, as well as the Governor’s Environmental and Economic Leadership Award (GEELA), and have received “Best Workplace for Commuters” – Gold designation and “Bike Friendly University” – Gold designation. 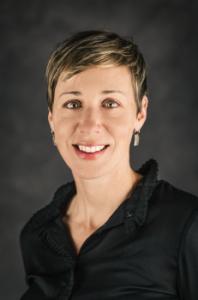 Kirsten Schwarz is an urban ecologist working at the interface of environment, equity, and health. Her research focuses on environmental hazards and amenities in cities and how their distribution impacts minoritized communities. Her work on lead-contaminated soils documents how biogeophysical and social variables relate to the spatial patterning of soil lead. Her research on urban tree canopy has revealed large scale patterns related to income and tree canopy as well as historical legacies that impact this relationship. Most recently, Dr. Schwarz led an interdisciplinary team working on a community-engaged green infrastructure design that integrated participatory design and place-based solutions to realizing desired ecosystem services.

Her expertise in science communication and engaging communities in the co-production of science was recognized by the American Association for the Advancement of Science (AAAS) naming her a Fellow in the Leshner Leadership Institute in the Center for Public Engagement with Science and Technology. Dr. Schwarz’s research has been funded by the National Science Foundation, AAAS, and the University of California Agriculture and Natural Resources.

Dr. Schwarz has a BA in Human Ecology from College of the Atlantic and a Ph.D. in Ecology from Rutgers University. Prior to joining UCLA, she was an Associate Professor of Environmental Science at Northern Kentucky University where she directed their Ecological Stewardship Institute. 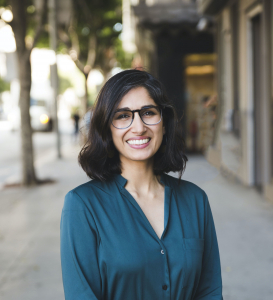 Monika Shankar (pronouns she/her) is a first year Environmental Health Sciences PhD student at the UCLA Fielding School of Public Health, a recent graduate of the Luskin School’s Master of Urban and Regional Planning program and a long-time environmental justice activist and organizer. Her graduate and professional work is situated at the intersection of environmental health and justice, and urban planning, with a particular emphasis on advancing research and developing policy solutions to address the presence of stationary sources of pollution in vulnerable communities. She has served on the steering committee of ClimatePlan, the Alliance for Community Transit-LA and the Jordan Downs Environmental Justice Coalition. Monika is a Switzer Fellow, a Luskin Center for Innovation Field Fellow for Environmental Justice, a Reach the Decision Makers Fellow and a Julie Roque Fellow. 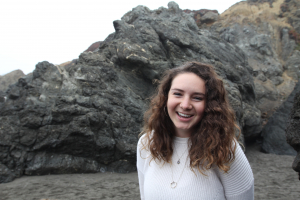 Addison Wingate is a senior undergraduate student at UCLA studying Public Affairs, Spanish, and Environmental Systems & Society. Originally from Lake Tahoe, Addison enjoys working to integrate nature-based thinking into urban planning spaces throughout both the UCLA campus and the broader Los Angeles communities. Following her time as an undergraduate student, Addison plans to pursue a career in environmental law. 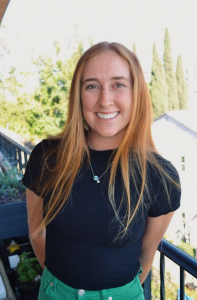 Amy Stanfield is an undergraduate student at UCLA majoring in Public Affairs and double minoring in Environmental Systems and Society and Film. She is interested in studying the interconnectivity of sustainability through a policy and media lens.