Blog - Latest News
You are here: Semel HCI Center1 / BEWell2 / How Sidewalks Can Dis/Able Us

Whether you are walking to class, going to the gym, or getting groceries, the sidewalk may be something you take for granted. Many of the different parts that make up our daily built-environment go unnoticed. For some people, however, the built-environment can be a significantly limiting factor that literally “disables” them.

In the fall quarter of my sophomore year, I took Disability Studies 101: Perspectives on Disability Studies. It was an introductory course to Disability Studies exposing students to different perspectives that frame people’s understandings of disability. One of the angles the class used in discussing disability was social and policy perspectives, which covered a wide range of topics including aging with disability, chronic illness, and the built-environment. I still vividly remember one of articles I read for the class that discussed how the built-environment affects persons with a disability almost two years later. The author, Christopher Baswell, was a visiting professor from the University of York who uses a wheelchair. Baswell’s main point in the article was how certain buildings in his university make him “crippled” more than other buildings do. For example, in the British Library, he was “able-bodied” because he could “move about as easily as other library users.” In Bodleian Library of the Oxford University however, he was “crippled, reduced to begging for help on the pavement outside.” Although it is not explicitly mentioned in the article, we can infer that the British Library was build such that wheelchair users can navigate the library independently, whereas the Bodleian Library lacked facilities such as ramps and elevators that would enable wheelchair users to move around easily. In sum, the article was a clear example of how our environment constructs how we experience disability.

As a blind student, I could relate to Baswell on a personal level, and I could immediately think of a number of areas on UCLA campus that “disable” mobility for people with different physical challenges. One such area was a sidewalk in front of Schoenberg Music Building near the Inverted Fountain. As shown in the picture below, the sidewalk was narrow and bumpy because of tree roots that were sticking out of the ground. Before construction. Photo via Sanna Alas

As I write this post, however, I am happy and grateful to say that this area is no longer “disabling.” A construction project took place at the end of the 2016 winter quarter, making this part of the sidewalk safe and accessible. Every time I walk by this place, I feel hopeful because it is a proof that UCLA is taking the right steps toward making the campus welcoming and accessible to everyone. After construction. Photo via Ana Bonilla.

One of projects in progress for the BE-Well pod this academic year is Sidewalk Campaign. Through this project, the BE-Well pod hopes to address the importance of having safe and accessible sidewalks on and around the campus. A study has shown that having a well-maintained walking surface was the main functional factor that is associated with people getting out and walking. Addressing the issue of accessibility and safety of sidewalks on and around the campus will not only make our built-environment “non-disabling,” but also encourage the UCLA community to engage in walking more, thereby living healthier.

Can you think of any areas on and around campus where the quality of sidewalk could be improved? Share on social media or comment below if there’s an area on UCLA’s campus you’d like to see improved by the Sidewalk Campaign!

Miso Kwak is an undergraduate student at UCLA majoring in Psychology with a double minor in Disability Studies and Education Studies. In addition to blogging for the UCLA Healthy Campus Initiative, she plays the flute with the UCLA Woodwind Chamber Ensemble. Outside of school, she works as a mentor for high school students through Accessible Science, a nonprofit organization that facilitates science camp for blind youth. 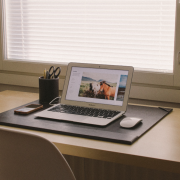 The Built Environment of Studying 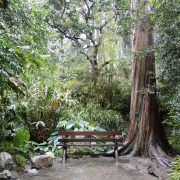 Try Some Green Space for Your Finals Week Blues 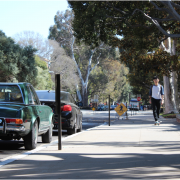 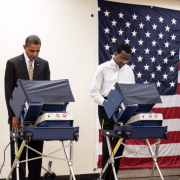 How tomorrow’s election could affect your built-environment 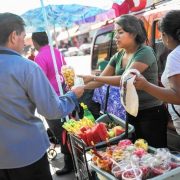 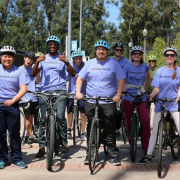 UCLA To Experience a New Level of Bikeability 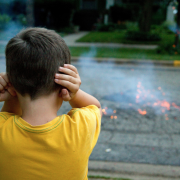 Loud Yet Easily Overlooked: Noise Pollution in Dorms and Apartments 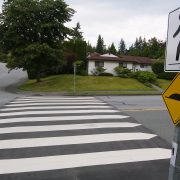 The Era of Vaping